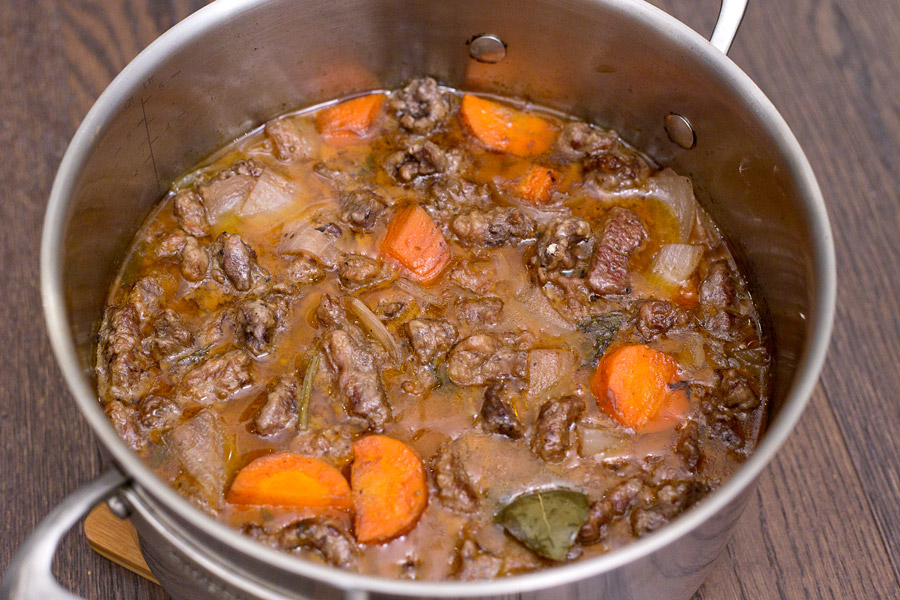 Recently, my boyfriend and I fell sick. More accurately, he fell sick and dragged me down with him (I may or may not have gone willingly). So as we sat sniffling, and weakly hacking up phlegm (TMI?), I couldn’t help but crave a large dose of hearty beef stew. It’s just one of those things that you want when it’s too cold to go outside, and you’ve realized that that the only thing starving when you’re ‘starving the cold’, is yourself. 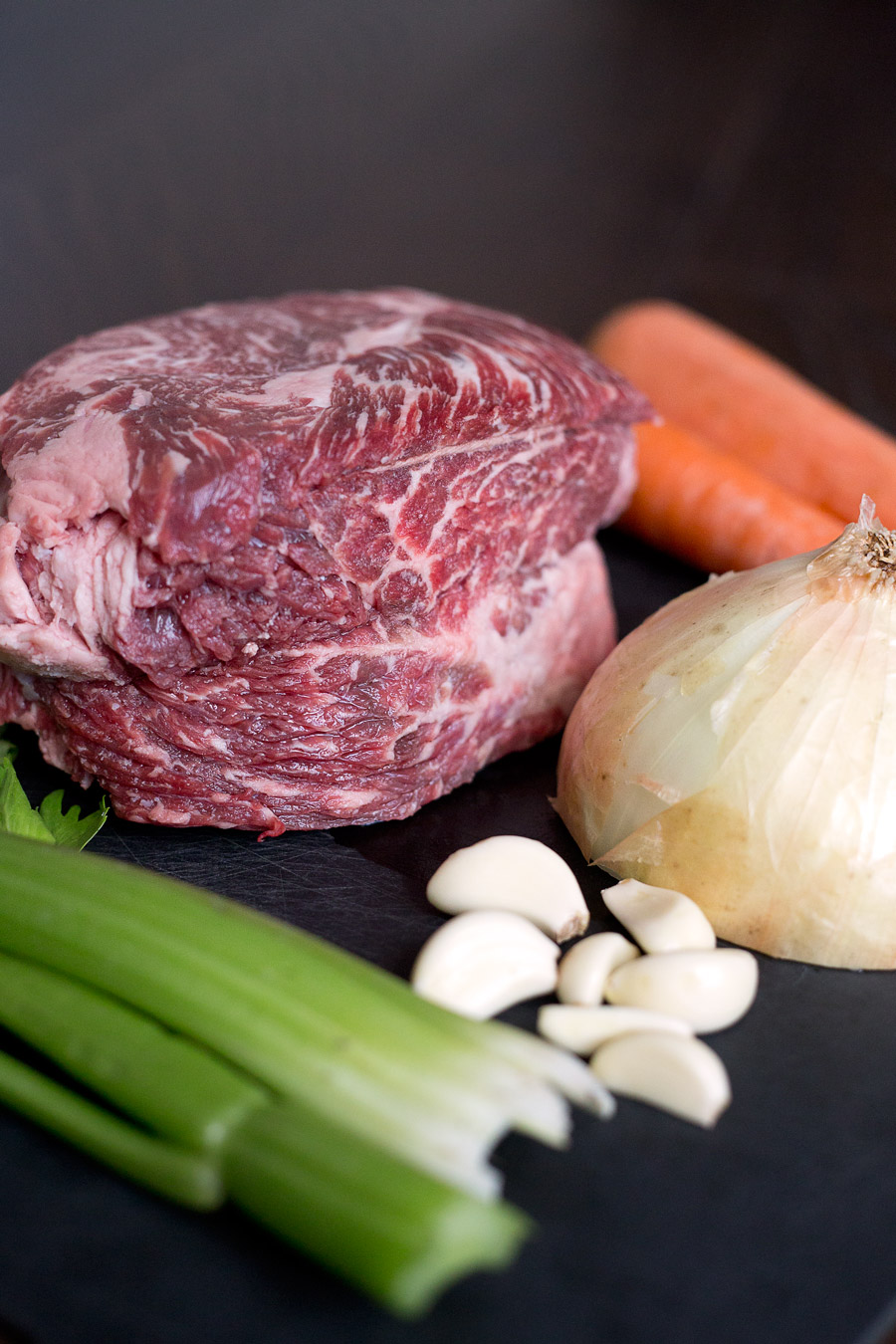 I wanted a beef stew with a lot of carrot chunks, a hint of that onion sweetness and definitely more than a hint of red-wine. I won’t forget to mention the chunks of tender beef that have a nice seared crust on the outside but melt in your mouth once you get past all that goodness. I wanted beef stew that was so flavourful that it tasted like it was bathed in butter, but in reality there is no butter used at all. 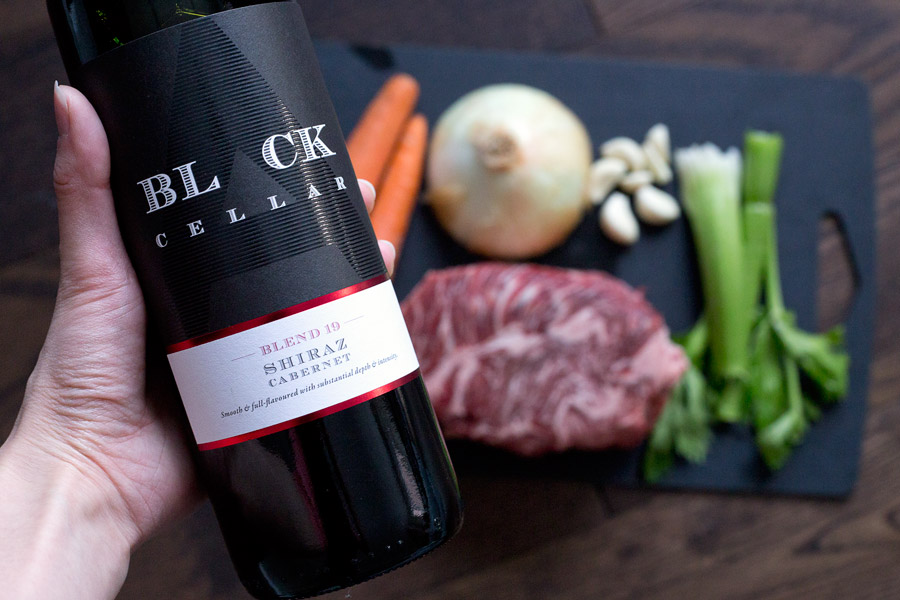 Beef stew does require a little bit of preparation to make (unless it’s from a tin can), such as chopping the carrots, celery and onion before hand, but these steps are very easy. It is important that you use the right type of stew meat that will compliment that lengthy simmering time. I know buying a huge chunk of meat can be a little intimidating, but trust me, if you purchase any ‘Boneless Blade Roast’, your hearty beef stew will turn out just fine. 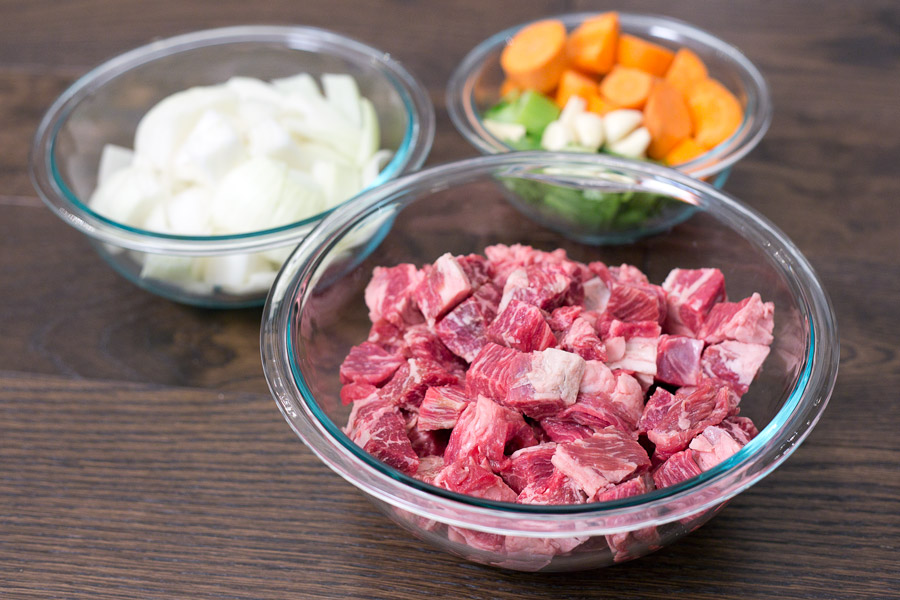 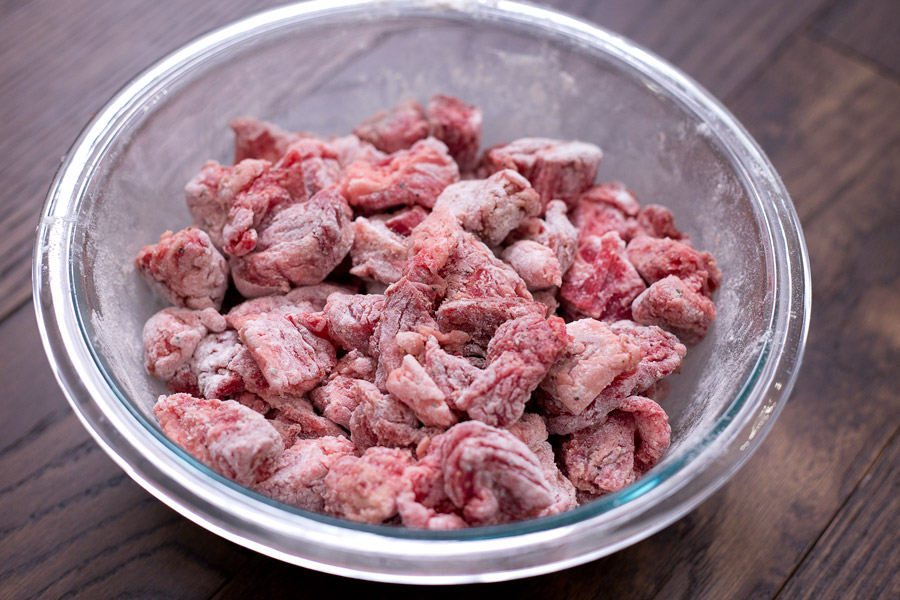 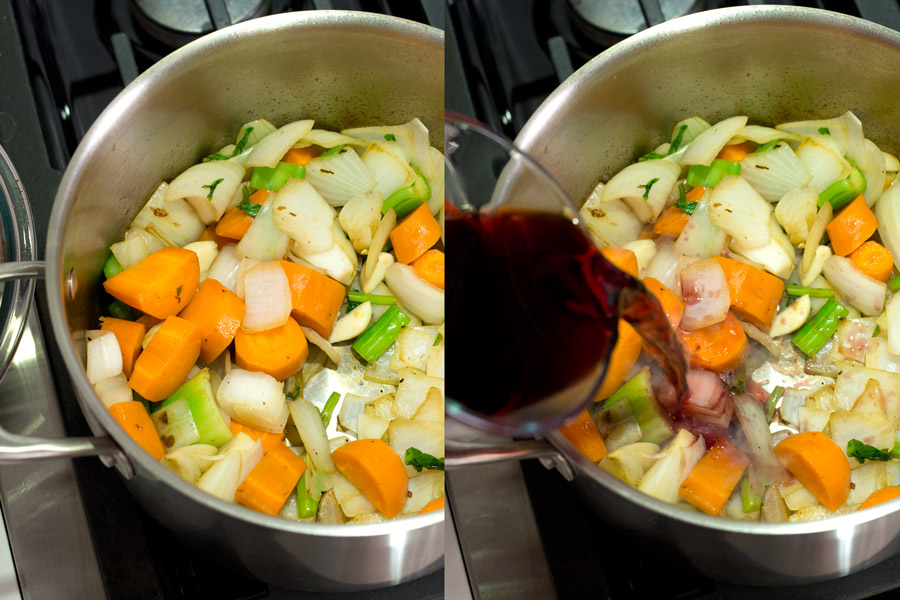 The following Beef Stew recipe is roughly adapted from the two cookbooks ‘Easy Recipes’ from Christine’s Recipes and ‘The New Best Recipe’ from America’s Test Kitchen. There is a slight variation of ingredients and cooking method to both recipes, and I mismatched parts of them along with my own knowledge. 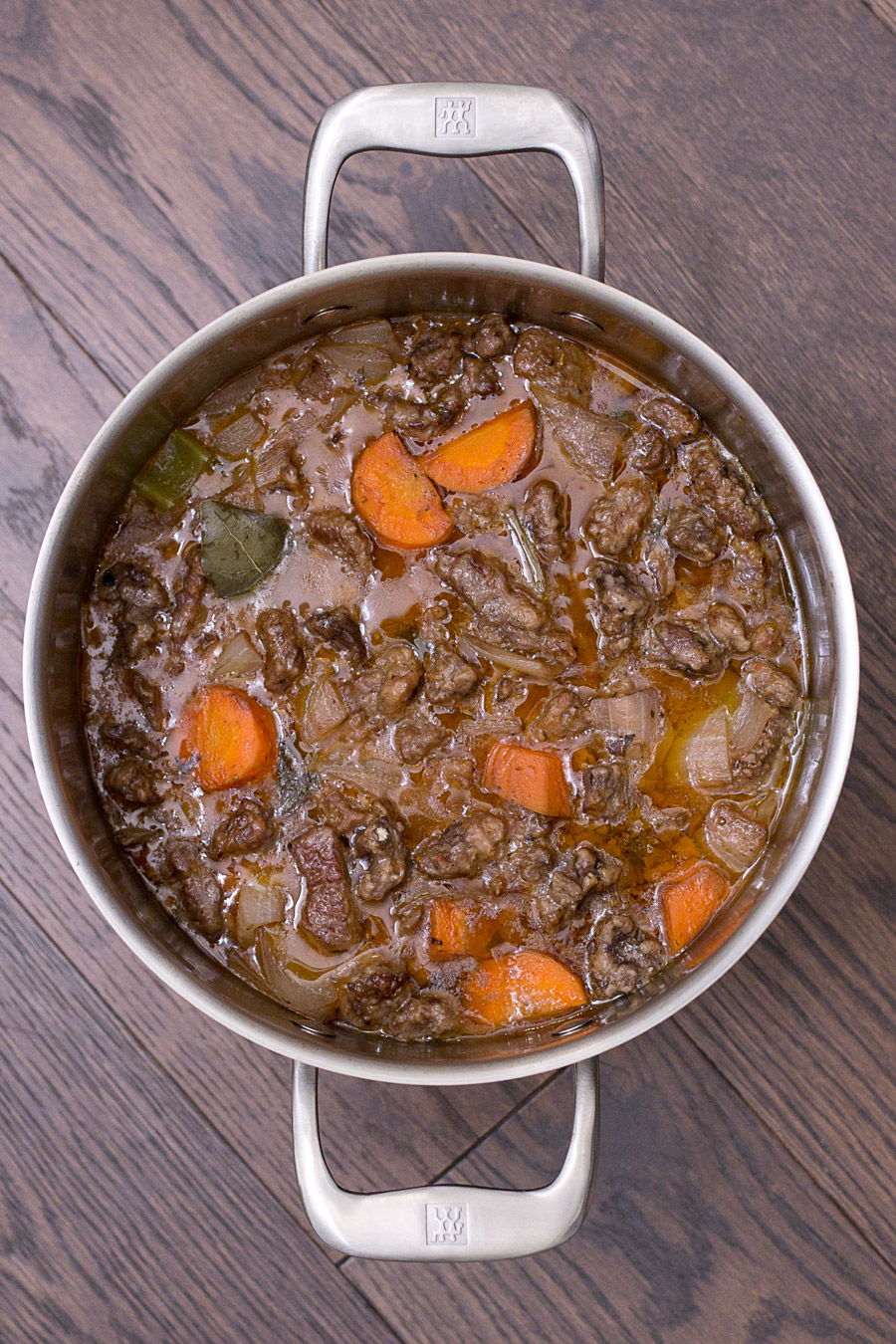 Finally, I suggest you check out the notes section at the bottom, I will list some helpful hints and explanations there. 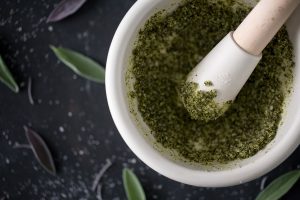 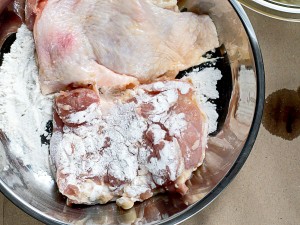 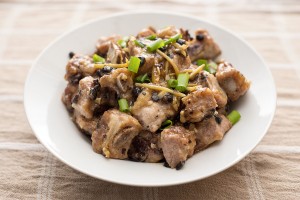